THE BIG FRYER DEBATE SHOULD YOU BUY GAS OR ELECTRIC?

THE BIG FRYER DEBATE Should you buy gas or electric?


Commercial fryers can represent a large investment for foodservice businesses, so carrying out the necessary research and making the right choice is imperative. And where better to start than understanding the differences between gas and electric. 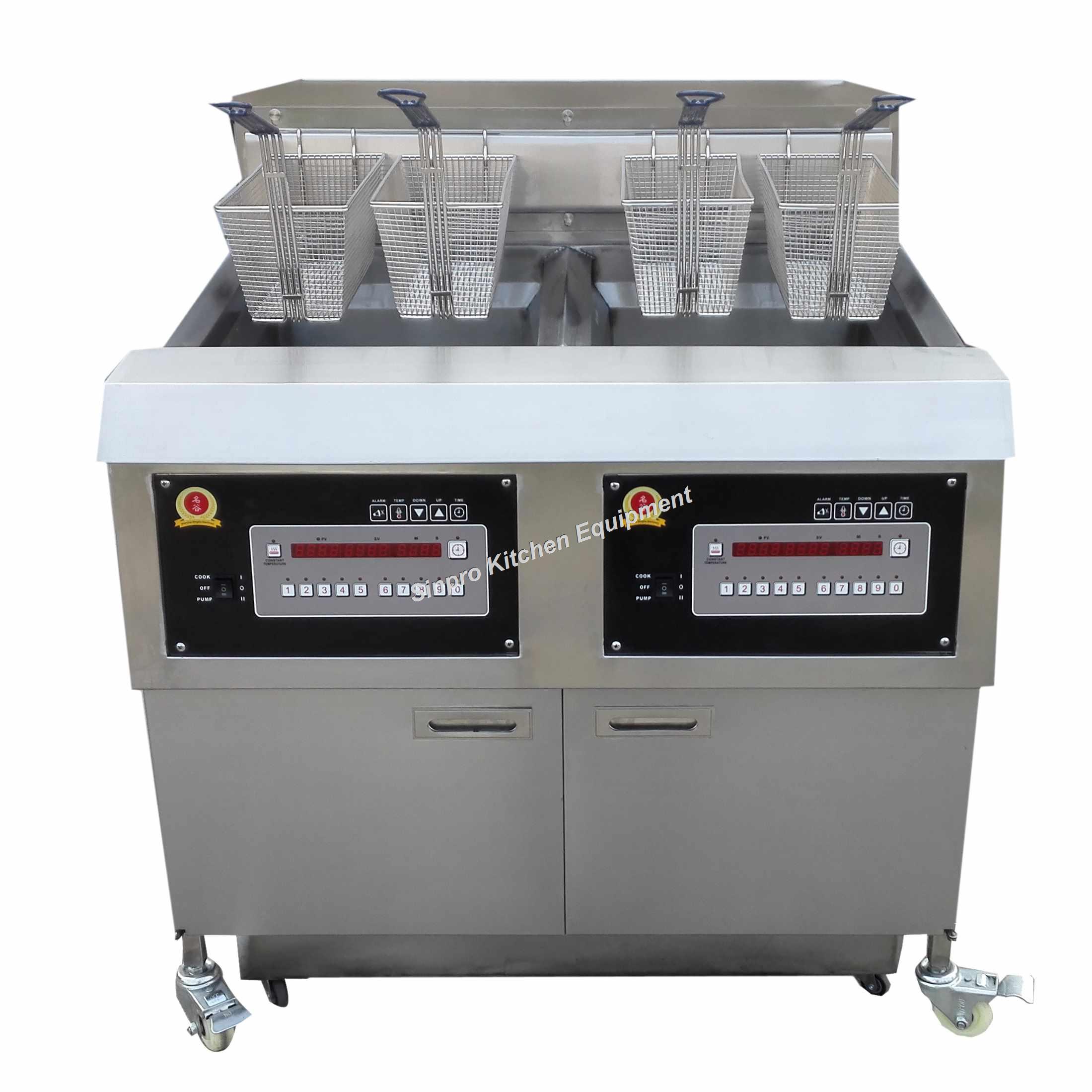 1. To what extent can you tell the difference between items cooked in a gas fryer versus those cooked in an electric version of the same fryer?

Shaune Hall, product development chef, Falcon Foodservice Equipment: It is very difficult to differentiate between food cooked in a gas fryer compared with the same food cooked in an electric fryer. The main difference will be the appearance and colour of the food produced, rather than the actual flavour. However, some differences will be down to the state of the oil and its cleanliness. If the oil is not regularly maintained, the quality of the product will suffer.

Steve Elliott, sales director for Valentine Equipment & Cuisinequip: There is little difference in the taste of food fried in a gas or electric fryer. The taste mainly comes from the quality of the food item to be cooked. The texture is created by having the oil at the correct temperature and maintaining this during the cooking process. Fast recovery of the oil for the food type is important, as is the quality and type of oil that is being used for frying.

Steve Hobbs, managing director, Grande Cuisine: The difference in taste has more to do with the quality of the oil. If there is a difference between gas and electric, this can only be down to the way the oil has been treated and this, in turn, depends on how the manufacturer has decided to construct the fryer. Mareno I-Fry units have gas burners outside the well, which results in gentler heat transmission and this means that the oil lasts longer.

2. Heating speeds and recovery times are key factors to consider. Do these differ between electric and gas?

Michael Eyre, culinary director, Jestic Foodservice Equipment: As the heating elements of electric fryers are immersed in the oil itself, they will heat the oil quicker than the equivalent gas fryer. Gas fryers by comparison, need to heat up the burner tubes, which then heat the oil, and so will take longer to reach the optimum cooking temperature. For this reason, electric fryers are quicker to recover heat between cooking cycles, giving operators the ability to cook more items in faster succession — which is particularly important during peak service hours.

Steve Hemsil, sales director UK & Ireland, Welbilt: Generally, standalone commercial gas and electric fryers have the same capacity and performance attributes when comparing like sizes. However, when it comes to quicker heating and recovery speeds, electric models tend to outperform gas models. This is because most electric fryers have the heating element sitting in the oil. This is the quickest, most efficient way of heating the oil compared to gas units where the gas burners sit on the outside and will take a lot longer to heat the oil. Of course, the less time to heat the oil, the less energy consumed and therefore costs can be reduced. However, even with Frymaster gas units, operators can expect quick recovery times. This is thanks to pioneering SMART4U ‘Instant On’ technology, which starts cook recovery as soon as the frying process begins. 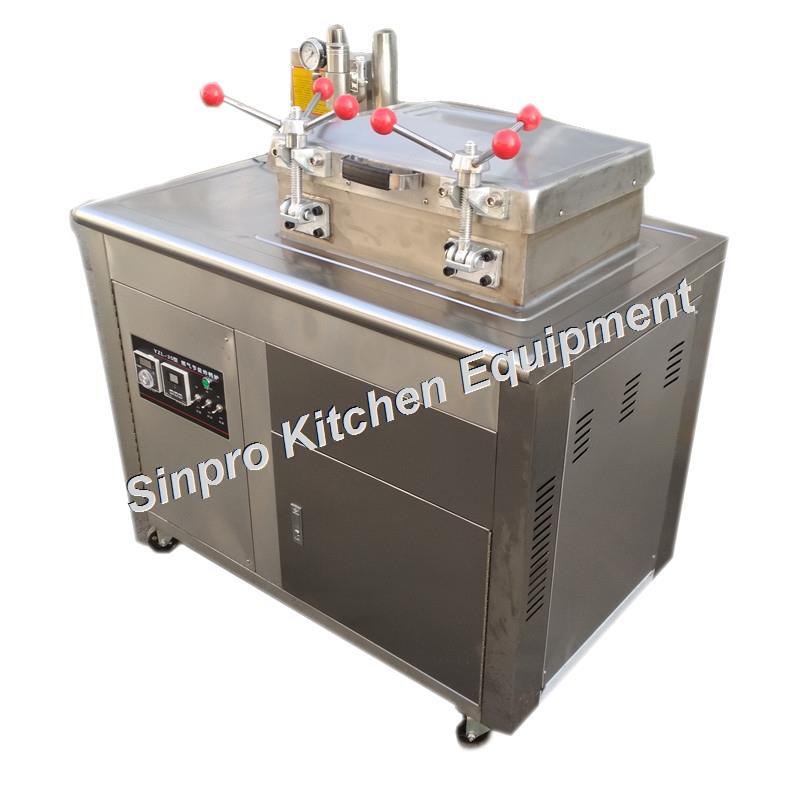 Roger Flanagan, managing director, Universal Foodservice Equipment: There are definite differences between heating up times and recovery between gas and electric. Electric is always quicker providing the test is fair, as electric is approximately 85% to 95% efficient and gas only 70%, if you’re lucky. In fact, restaurant recovery time is more important than heating up time, but bear in mind that when the product is taken out, the temperature will always be hot but when inserting another food product which is dense, the recovery time must be adequate for the food being cooked if a crispy finish is desired.

David Rees, marketing manager, Taylor UK: Fryers which have the same KW rating, whether that’s gas or electric, should have the same (or very similar) heating and recovery times. The volume of the oil sump in which the heating element or flue is located will have an effect. Gas flues tend to be bigger in size than electric elements, which means they will displace more oil. If there is a reduction in the overall oil volume, this will speed up the heating time as there is less oil to heat. It’s important to remember, however, that a lower volume of oil may lose its heat quicker and result in a longer recovery period.

Roser Flotats, marketing manager, Mirror: You can see the difference in the speed at which the oil temperature is restored during the time between each consecutive frying cycle. The interesting thing is to have the same frying temperature at each frying cycle, preventing the food from boiling instead of frying. Under normal circumstances, the difference in oil recovery time is minimal between gas fryers and electric fryers when they are manufactured by Mirror. But there are situations that we cannot control, such as in the case of a product overload in each frying cycle. In that case, the gas fryer is a better option.

3. Outside of those two factors, what are the technical and operational pros and cons of gas versus electric fryers?

Helen Applewhite, marketing manager, Lincat: If a kitchen is powered by electricity, it will have an upper limit and if you are currently operating at or near to it, a gas-powered fryer may be the only way to avoid the additional expense of upgrading the electricity supply. That said, all gas-powered equipment will need to have appropriate ventilation, with interlocks, in order to meet current safety regulations. It also produces more heat, which can create an uncomfortable working environment and impact on ventilation costs. 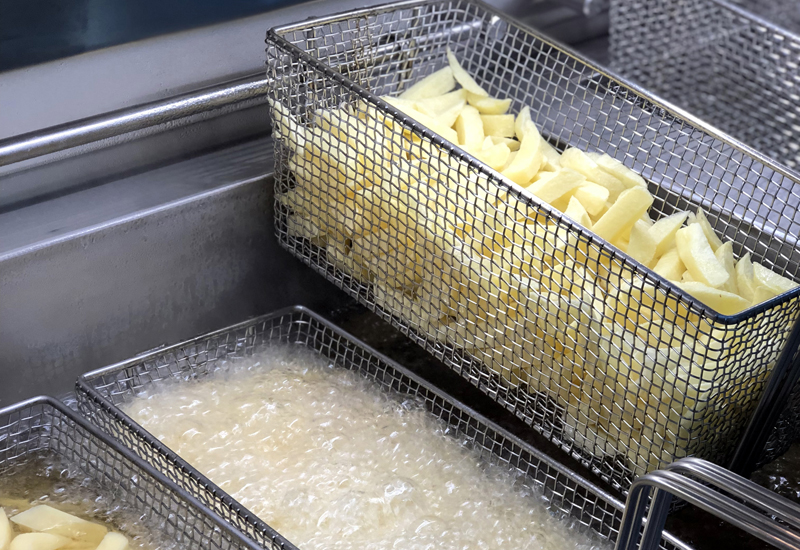 Steve Elliott, Valentine Equipment & Cuisinequip: There is less maintenance on an electric fryer than a gas fryer. That’s because when cleaning an electric fryer most elements lift out of the oil, thus reducing the time to clean it. Electric fryers require an adequate ventilation system, but do not need a gas interlock system to be fitted and maintained. Therefore, generally there is less cost when using an electric-only system.

Steve Hemsil, Welbilt: Despite the fact that operators often perceive operational differences between gas and electric fryers to be major, the differences are fairly minimal. The main difference is that gas-powered fryers are the slightly more technical of the two, particularly when it comes to installation and repair. We recommend an operator chooses their type of fryer based on the utilities that they have on site rather than over-complicating a purchase by comparing small differences between the two.

4. Generally speaking, gas equipment has always been considered more expensive to buy than electric. Is that still the situation today with gas fryers? 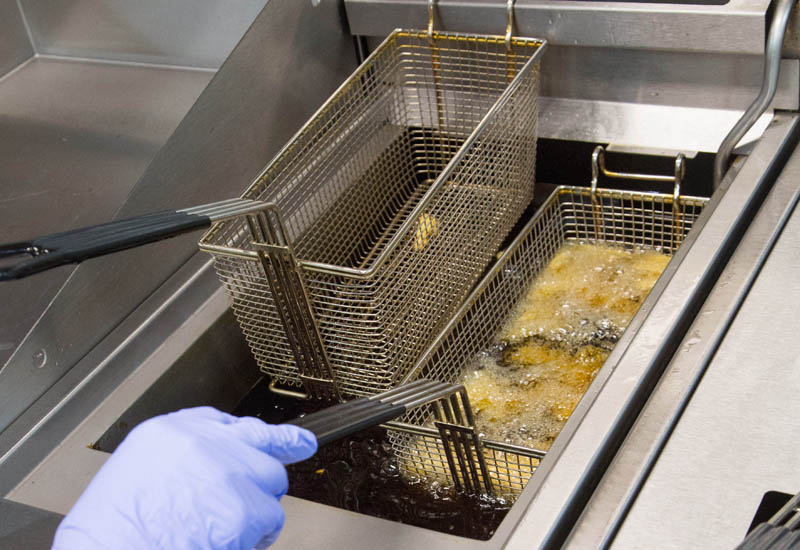 Michael Eyre, Jestic Foodservice Equipment: Yes, gas fryers are generally more expensive to buy than electric fryers as the construction of a gas fryer involves more complex engineering and parts. While the initial purchase price is important, the whole-life cost of a fryer needs to be considered. Gas fryers are more expensive to service and maintain as burners and pilot lights need cleaning, plus there are flame-failure devices and gas pressures to check — electric fryers are more economical to run.

Roger Flanagan, Universal FSE: Generally speaking, gas equipment is more expensive than electric. Mainly because of the cost of the safety equipment now legally required but also the installation of running gas pipes and connections as well as needing a more expensive ventilation system which requires an air intake system and a gas cut-out valve. Gas is still cheaper but the gap is closing as electricity is the more efficient, not so dirty to service and clean. 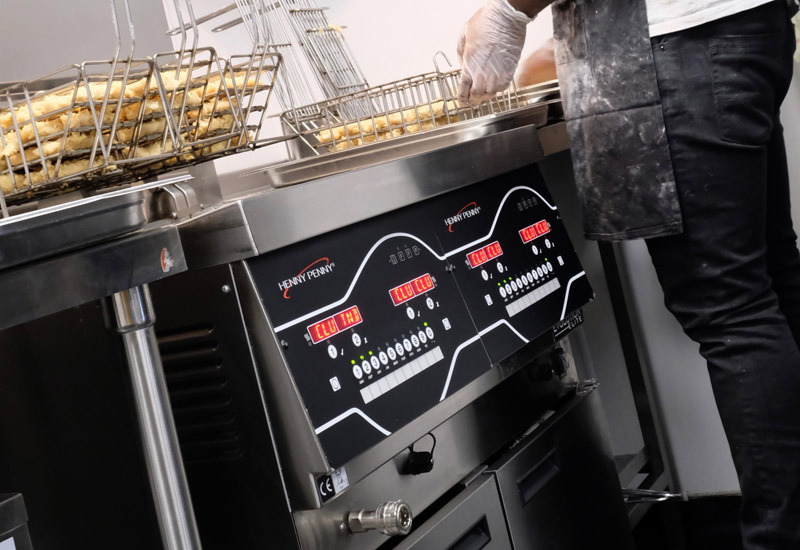 Helen Applewhite, Lincat: Gas fryers tend to be more expensive to buy. This is because they are more complex than electric fryers, with more components that need maintaining. Switches are easier and cheaper to assemble than the valves and pipes required on a gas fryer, and the industry views electric units as more reliable due to this simplicity. However, gas models are cheaper to run due to the relative cost of gas and electricity in the UK.